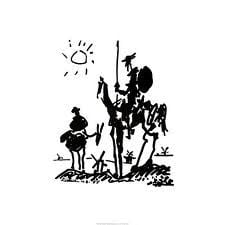 Just got this nice review of The Science of Human Perfection in Publishers’ Weekly!

Here’s the link, and here’s the text:

In this intriguing history of medical genetics, Comfort, associate professor of the history of medicine at Johns Hopkins, makes a bold and rather uncomfortable assertion: that together with the compassionate drive to reduce individual suffering, the eugenic drive to improve the biological trajectory of the human race overall has always been central to the practice of genetic medicine, despite attempts to separate the discipline from its racist reputation after WWII. Comfort supports his assertion through carefully tracing the development of ideas about heritability and how they became manifest in academic, medical, and governmental contexts in America from the early 1900s to the present. Two strains of thought in particular come together: the Garrodian influence, focused on individual biochemical variation and the interaction between a particular patient’s natural constitution and environment; and the Galtonian influence, tracing traits across large populations, with a focus on social implications and human engineering. As we move from treating manifest disease to predictive and preventative medicine based on “latent disease” detected only in an individual’s genes, Comfort provides some complex food for thought about the balance between creating good for individuals and for the human species, and about the ways we define the methods we use.