The fabled Karolinska Institutet (KI). To anyone involved with science in the last century or so, that name springs to the mind’s eye plated with the gold of the Nobel Prize. It conjures images of elegant, wealthy Stockholm, a supermodel of a city: cold to the touch, remote, yet gifted with such stunning beauty, elegance, and wealth that it almost seems unfair, hoarded. Is has the glamor and pomp of royalty, the self-confidence (and cost of living) of New York, yet the cozy social democracy that provides reliable, clean public transportation and schools.

The KI is Stockholm’s crown jewel. Every December, Nobel week transforms almost the entire city into an opulent, charming celebration of science. Historians of science know that the curtain before the prize archives moves slowly forward, revealing the nominations and evaluations of individual laureates fifty years after the prize is awarded. The Chemistry and Physics prize archives are maintained at and administered by the Royal Swedish Academy of Sciences. The Physiology or Medicine archives and prize, however, are administered by and housed at the Nobel Forum, a separate entity on the Karolinska campus. Alfred Nobel constructed an administrative architecture designed to maintain the integrity of his prizes, but the result is Byzantine.

Like the Rockefeller University or the PhD program at Cold Spring Harbor Laboratory, the Karolinska is all science. Almost. They do have a small staff of trained, credentialed historians, who work at the Hagströmer Medico-Historical Library, a medium-sized yet rich collection—larger than Johns Hopkins now, yet much smaller than London’s Wellcome Library)—yet rich collection that focuses on works from the sixteenth through the early nineteenth centuries. Located in a nineteenth century building that was, until recently, a courthouse. The facilities are solid with stone, warmed with wood, and softened by thick rugs.

In May, I had the great fortune to both work in the Nobel Forum archive and to be a guest at the Hagströmer Library. Both were thanks to the effort, persistence, and generosity of Eva Åhren a historian of science and medicine and now the head of the Unit for Medical History and Heritage, which includes the library and also houses a number of scholars in medical history,

I first gave the Hagströmer Lecture, a public talk, sponsored by the Friends of the Hagströmer Library, to showcase the value of historical studies of science and demonstrate their relationship to both current science and current events. My lecture, based on my last book, was titled “From medical genetics to genomic medicine.” The main argument is that a medical-eugenic thread runs through Progressive-era eugenics all the way through the birth of medical genetics and the emergence of modern personalized genomic medicine. Thus, the “old, bad eugenics” was less hostile to medicine than scholars have thought—and contemporary medical genetics and genomics have a stronger connection to human population improvement than most of us are comfortable acknowledging. I’ve never seen much intellectual value in making people comfortable.

The lecture took place in what is certainly the most beautiful venue in which I have ever given a talk. It was in the former main courtroom, built on a circular plan, now lined with old books, and lit by a vast picture window that admitted the long Swedish evening throughout the lecture and the following reception.

Judging from the audience and the questions, we got the attention of the Karolinska scientists and some of the intellectual public of Stockholm. After the lecture, we had a luxuriously long question-and-answer period, in which scientists and laypeople alike peppered me with thoughtful questions on everything from the history of European eugenics to CRISPR and the possibility of designer babies. Near the end, Eva and I had a fun one-on-one conversation—a sort of scholarly stand-up routine—about the value and the need for historical studies of science. My argument, as regular readers will know, is that the more dominant science becomes in our culture, the more we need historians to help interpret it. The sciences and the humanities are not—or should not be—in competition. It’s more like human evolution: the better your fine motor skills become, the more valuable it is to have a well-developed prefrontal cortex to aid in planning, strategizing, choosing future options.

Having sung, I then had my scholar’s supper: Eva was pivotal in arranging for me to work in the Nobel Forum archives. The entire Physiology or Medicine prize, from sending out the nomination forms to organizing and hosting the meetings of the Nobel Committee, to arranging the banquet is done by three full-time staff. There is no trained archivist, even part-time. The administrator Ann-Marie Dumanski is gatekeeper to the archive and the Nobel Forum. By necessity, one of her principal jobs is to keep out the kooks and riff-raff. Not even my Johns Hopkins and Library of Congress affiliations satisfied her. For me to gain access, we had to persuade her that I was not a loony.

The fierce Ms Dumanski was in a good mood. Indeed, she was warm, welcoming, even chatty. Before handing over the documents I had requested, she regaled us with stories from her years there. The Nobel Prize is not the richest prize in science, but, thanks in large measure to Marie Curie, who won it twice (in 1903 and 1911) it is the most famous and the most prestigious. Some people will do almost anything to get one. They forge nominations. They show up at the front door with their inventions, saying, “I can haz Nobel Prize?” One man mailed them a generic silver trophy, on which he had had engraved:

Awarded to [his name]

The cover letter simply asked that they return the cup to his address, registered mail. That way, he could say, truthfully, that he had received a Nobel prize from the Karolinska Institute! Ms Dumanski said, “That cup will never leave this building!” I began to understand why she needs to be so protective.

The documents themselves were rich and fascinating. I was looking at the prize for the double helix, to James Watson, Francis Crick, and Maurice Wilkins in 1962. I received every nomination they received (which spanned 1960, 1961, and 1962), as well as some of the evaluations conducted by members of the Nobel committee. You will have to wait for the book for all the details, but the story behind this prize is a good deal more complicated than the histories thus far have told. Maurice Wilkins has a much more interesting role than has been acknowledged, as does Laurence Bragg, the director of the Cavendish Institute, where Watson and Crick (but not Wilkins) worked. This in turn has implications for the social history of DNA, such as Watson’s treatment of Wilkins and Rosalind Franklin in his best-selling book, The Double Helix. Looking at the nominations, one would have expected Watson and Crick to win the prize in Chemistry, not Physiology or Medicine. Nearly all their nominations were in Chemistry—and most did not include Wilkins. But Wilkins had a strong partisan on the Nobel committee, and Bragg and Arne Tiselius (the head of the committee) played a good deal of politics. It is not a coincidence that the Chemistry prize went to two other Cavendish scientists who worked with X-ray crystallography: Max Perutz and John Kendrew. It was a red-letter day for X-ray work, for the Cavendish, and for Bragg.In all, it was an exhilarating trip.

I haven’t even mentioned the jaunt up to Uppsala before Stockholm, in which I stayed next to Linnaeus’s garden, gave another talk, on DNA, to the history of science colloquium, and saw some of the sights of this charming old university town. These events were organized by another good friend and colleague, Maria Björkman. Maria also did me the indispensable favor of arranging for a graduate student, Felicia Edvardsson, to assist me by translating the Swedish evaluations.
I’ll admit, there was a bit of glamor to the trip. At the Hagströmer, I felt a slightly embarrassing surge of pride as I came onstage via the small back door through which the judge once entered the courtroom from his chambers. At the Nobel Forum, Ms Dumanski allowed me to sit at the seven-meter-diameter table, carved from a single piece of wood, where the Nobel committee deliberates the prizes, and let me stand at the podium where the prize is announced every October. We took a ferry that entered Stockholm harbor—for centuries, the primary way one arrived in Stockholm—with its grandly imposing buildings on full display. These moments are folded now into my life’s narrative, among the colorful stories with which one can bore one’s grandchildren.

Most important and valuable, though, were the opportunities to be a real historian: tracking down and poring over difficult-to-obtain documents; discussing both history and the value of history with scientists and the public; and spending time with generous and intelligent colleagues who are also friends.

This was not “collegiality,” the canned concept, often paired with “interdisciplinarity,” that is rife in university mission plans and which largely stands for not pissing anyone off. My experience in Sweden, however, was collegiality without quotation marks. It was the real deal: the genuine mutual affection, the shared joy of working with ideas, books, manuscripts, and past actors, the dedication to humanistic values that is eroding so quickly in today’s neoliberal university.

One can still find pockets of true collegiality. When we do find it, we need to enjoy every second. 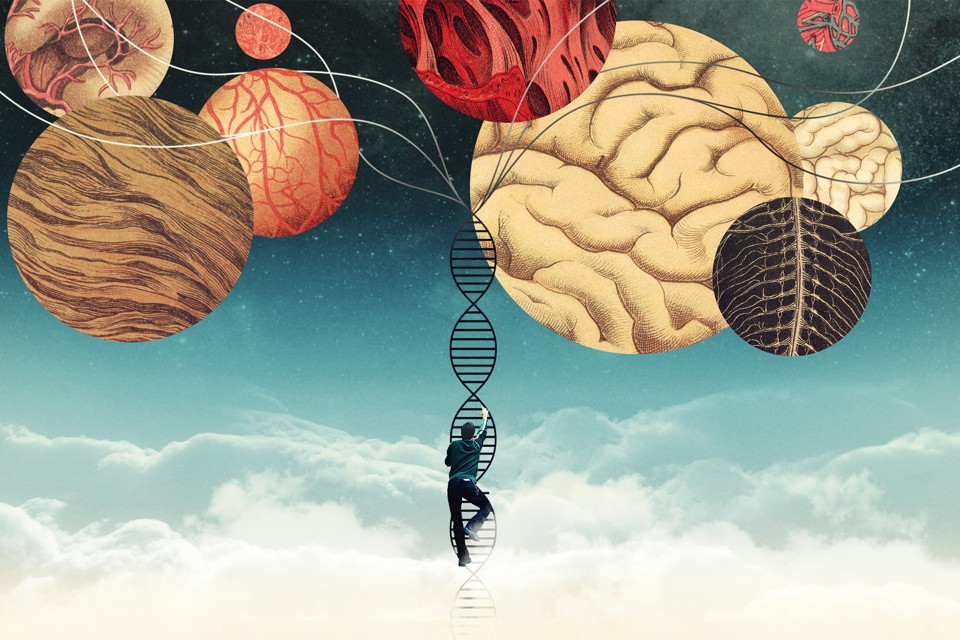