Official release date for SoHP is 9/25; I have hardcover in my hot little hands already. Yay!
Working on a piece for the Chronicle of Higher Education, and now HuffPost wants an essay of 800-1000 words.

I’ve been offline for a few weeks, but I’ve had good reason this time: I got married and went on a cross-country honeymoon! 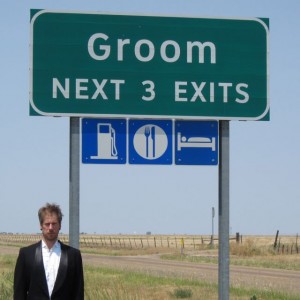 But naturally, my work follows me, even into the County Clerk’s office. My bride and I got married in California, and when we applied for a marriage license, as required by law they handed us a booklet entitled “Your Future Together: Health Information You Need to Know.”

We need to know, apparently, a wide range of health information, spanning general nutrition, domestic violence, sexually transmitted diseases, and birth control, and that government services are available to prevent, treat, or enable each of them as appropriate. But the largest number of pages in the booklet is devoted to genetic disorders, screening, and counseling. My bride and I were struck immediately by the fact that genetics would be so front-and-center in a booklet on the public health of marriage.

Should we cue the sinister-music soundtrack? Not necessarily—but the booklet does raise questions about the similarities and differences between contemporary genetic public health and that good ol’ time eugenics.

The booklet is produced by the Genetic Disease Screening Program, a branch of the California Department of Public Health. The program’s published mission is “To serve the people of California by reducing the emotional and financial burden of disability and death caused by genetic and congenital disorders.” As a historian of genetics and eugenics, I find this more than a little troubling. In the Progressive era, eugenicists such as the Yale economist Irving Fisher used “financial burden” as an important justification for promoting sterilization and sequestration of “defectives”—those with genetic diseases, either physical or mental. Serving the people of California by reducing the financial burden of genetic disease is a form of population improvement, full stop.

As it has ever been, the segment of the population that most needs improving is the poor, which in California is largely Latino. California’s “PACT” program (“Planning, Access, Care and Treatment”) provides comprehensive family planning services to low-income residents, including:

Yep, state-sponsored sterilization. Now, of course, that sterilization is not compulsory. California repealed its compulsory sterilization law…in 1979. That reversal was prompted, the year before, when 10 Latinas sued the state of California for sterilizing them, without informed consent or simply against their will. Although they ultimately lost their case, historian Alexandra Stern argues that the suit had a significant impact on the required stipulations for sterilization. She also highlights the issue of race, pointing to the long history of anti-Mexican sentiment and the relative dearth of information on genetic screening and testing in Spanish. I searched in vain for a version of the brochure en Español. “Your Future Together” is in English only.

The booklet also presents the reader with an extremely simple-minded introduction to genetics—basically a 1930s view of genetic disease:

Genetic disorders are not contagious. That is, they cannot be “caught” like a cold. They can only be passed down to your children through genes. Genes are tiny bits of information contained in the father’s sperm and the mother’s egg that form a blueprint for the baby.

Infectious diseases are spread “horizontally” through the population, while genetic diseases spread “vertically.” In 1933, the medical geneticist and avowed eugenicist Madge Macklin helped bring genetics into medicine by declaring,

It makes no difference whether the disease with which they are afflicted came to them by way of germs or germ plasm, the disease is transmissible, and so comes under the category of public health.

I call this the “germ theory of genes.” Genetic diseases may not be contagious, but like infectious disease they have “silent” carriers, and in both cases you can stop their spread by isolating the carriers. The brochure goes on to list several genetic diseases that one’s baby will automatically be tested for:

These diseases behave in a more or less Mendelian way. You can identify carriers (heterozygotes) and make predictions of likelihood (although not severity) of onset. But these are just a few of the 77 genetic diseases every child born in California is screened for. As the panel is expanded, it will include increasingly “complex” diseases—diseases more common in the population but with less straightforward patterns of heredity. As the genetic component in a given disease gets less and less, the predictive value of a genetic test goes down. And the difficulty of adequately informing a layperson about their genome goes way, way up.

This combination of an obsolete, simplistic presentation of genetics with an expanding, state-mandated panel of genetic tests places undue emphasis on heredity and leads to an overinflated view of the role of genes in health. Adequate health information needs to accurately reflect what we know of biology.

The next section is on genetic counseling. You should “definitely” talk with a genetic counselor, the booklet advises, if you answer “Yes” to any of a list of questions, including these:

As I show in The Science of Human Perfection, these same questions were being asked a century ago by people we now brand as “eugenicists.” And they were eugenicists. They explicitly advocated the improvement of the race by genetic means, and happily referred to that practice as eugenics—while also being interested in relieving human suffering right there, right then, in their patients.

A Progressive-era eugenicist such as Charles Davenport, frozen and revivified, say, by the California-based American Cryonics Society, would find nothing to disagree with in “Your Future Together.” The understanding of the gene, the emphasis on intelligence and inherited diseases, the importance of avoiding inbreeding are all points that have been emphasized throughout the history of medical genetics, during the entire 20th century and now into the 21st. Davenport would have been pleased to find that so many diseases had been identified and tested for, and delighted that the state mandates screening for them. He would of course hope that individuals, properly educated by brochures such as this, would make the “right choices”—namely having many children if the tests come back negative, and abstaining from reproduction if they have bad genes.

Davenport would be disappointed, of course, in the lack of compulsory measures available to the state in the case of recalcitrant or incapacitated individuals. But eugenicists have long contented themselves with reliance on slow progress through education, and hoped for a future with a more enlightened and far-sighted reproductive policy. This view, of the relief of suffering in the short term and the elimination of disease and ideally the enhancement of positive traits in the long term, has also been the goal of medical genetics, from Madge Macklin forward. Medical geneticists have seen nothing wrong with population improvement so long as it didn’t trump the relief of suffering; on the contrary, they have believed that relief of suffering through the prevention of hereditary disease would lead to the gradual elimination of disease and human betterment. Eugenics, in short, was not wrong; it was just done wrong. Are we ready to come to terms with that view?

“Your Future Together” is not eugenic, then, if by “eugenics” you mean state-mandated compulsory reproductive behavior. It veers pretty close at points, but ultimately it aims, imperfectly, at giving individuals access to information and permitting informed reproductive decisions.

However, most medical eugenicists and medical geneticists have hewed to a more inclusive, Galtonian definition of eugenics, in which education is the preferred means of achieving both the the short-term relief of individual suffering and the long-term goal of human improvement. Eugenics and medical genetics have always shared these two aims. And this to me is the central dilemma of contemporary genetic medicine.