My feed is full of stories about “three-parent babies” and whether they are a eugenic threat. Predictably, Art Caplan, the Neil deGrasse Tyson of bioethics, features prominently. A report on CNN quotes him heavily and he wrote an op-ed that was picked up by several news outlets. Caplan, more diplomatic than nuanced, says the technique could be scary if used to create super-babies, but that currently it is a legitimate, strictly therapeutic medical procedure. This middle ground strikes the right chord of concern while basically supporting the biomedical enterprise. And it misses the point.

The procedure combines “traditional” in vitro fertilization with a technique that substitutes mitochondria from one egg into another. Mitochondria, whose role in the cell, crudely, is to provide the energy to carry out metabolic and other processes, have their own little genomes, and mutations in their DNA can lead to a variety of diseases, including various respiratory conditions and muscular dystrophy. The scenario runs something like this: you are a woman who wants to get pregnant. You spit in a cup and get your genome results, and they reveal the presence of mutations in your mitochondria that lead to disease. You go through regular IVF—with one extra step: after your eggs are extracted, their mitochondria are swapped out with “normal” mitochondria from another donor egg. Thus, the eggs used are chimaeras, with your nuclear genome and the other donor’s mitochondria. Those eggs are then fertilized with the sperm of your partner (or the male of your choice), implanted in your womb, and nine months later, out pops little Junior.

Is this eugenics? Depends on your definition. Susan Solomon, Director of the New York Stem Cell Foundation, says no. She was quoted in the CNN piece saying,

“There is no genetic engineering. It isn’t a slippery slope. It’s a way to allow these families to have healthy children…What we’re doing is, without at all changing the DNA of the mother, just allowing it to grow in an environment that isn’t sick.”

The eugenic definition I prefer is “the self-direction of human evolution.” I didn’t make this up: I stole it from the slogan of the 1922 Eugenics Congress. It was coined by what Dan Kevles would call “mainline” eugenicists of the Progressive era and it applies well to earlier, pre-Mendelian eugenicists, later, postwar “reform” eugenicists, and quite a bit of medical genetics since the middle of the twentieth century. With all due respect to Dr. Solomon, the “three-parent baby” is  most certainly genetic engineering—it just modifies “cassettes” of genes, if you will, rather than tweaking single genes or nucleotides. It is exactly as eugenic as going through conventional IVF and selecting the traits you want in your offspring.

Cue the theme music from GATTACA. 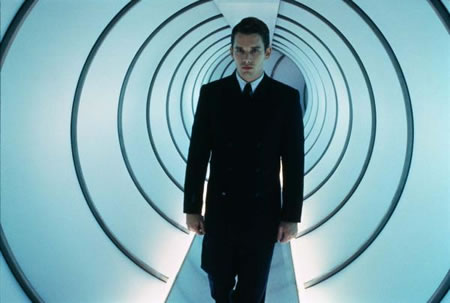 Should we be concerned? Absolutely. Should we condemn the procedure? Not unless we wish to be hypocrites. It is on one level a preventive medical treatment like any other and banning it would deny certain people—admittedly, all of them wealthy enough to shell out tens of thousands of dollars to get pregnant—access to available healthcare. But yes, it certainly is a slippery slope. There simply is no defensible way to draw a hard, bright line between medicine and eugenics. It provides a spectrum, from preventing disease to maximizing health to genetic enhancement. This ambiguity is in the nature of genetic medicine. We are heading down this path and simply digging in our heels will not be productive.

Our genetic future is going to involve learning to keep our footing on some pretty slick hillsides. The only viable way I see to keep techniques such as this from turning into a GATTACA-like way to “accidentally” create a genetically stratified society (where the rich can design their own babies while the poor have genetically impoverished “love children”) is to decide that it is morally wrong to do so.

Science cannot provide a guide to morality any more than it can provide an answer to the question of whether or not there is a god. Some valid questions are just not scientific. The danger, then, is not the application of this or any other specific biomedical technique. It is the false and dangerous belief that science alone can be a guide to civil society. The further science takes us, the more we need the humanities to deepen our understanding of where we are headed.

Lovely essay from Olivia Judson on the cytosine she came across while sorting through her father’s possessions–part of the original Watson & Crick model that Horace somehow got his hands on, presumably through Crick. I remember hearing from Horace about that cytosine, though I never chanced to see it.

With that model, in a way, DNA became real. It acquired form humans could perceive. It gained a legible structure, it became an image. It took on an identity, on the way to becoming an expression of our own identity.

A Piece of DNA – NYTimes.com.