“Shitstorm” would be one term of art for the reaction in the genome community to a commentary in Cell by Eric Lander, published on January 14. It presents as a definitive account of the discovery of CRISPR, the “gene editing” technique invented in 2013 and which blasted onto the science pages this year. CRISPR is likely to go down as the most important biotechnological invention since Kary Mullis invented the polymerase chain reaction (PCR). 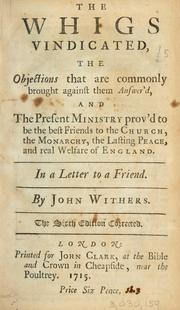 But I prefer another phrase to describe Lander’s account: “Whig history.” The term comes from the Europeanist Herbert Butterfield. In a classic 1931 essay, Butterfield wrote that Whig history was “the tendency in many historians to write [English history] on the side of Protestants and Whigs, to praise revolutions provided they have been successful, to emphasize certain principles of progress in the past and to produce a story which is the ratification if not the glorification of the present.”

The term has become historical shorthand for one way to use history as a political tool. It rationalizes the status quo, wins the allegiance of the establishment, justifies the dominance of those in power. One immediate tip-off to a Whiggish historical account is the use of melodramatic terms such as “heroes” in the title.

Lander’s piece is called “The heroes of CRISPR.”

In April 2014, the Broad Institute at Harvard and MIT—of which Lander is the director— was awarded the first patent for CRISPR technology. The team of Jennifer Doudna (UC Berkeley) and Emmanuelle Charpentier (Umeå University, Sweden) filed their own application seven months earlier, but Zhang obtained fast-track approval. Much remains at stake over CRISPR: fat scientific prizes, almost certainly including a Nobel, as well as further patents. Who claims them will be decided in part by what version of history becomes accepted as “the truth.”

When Michael Eisen, the UC Berkeley/Howard Hughes Medical Institute biologist and astute commentator on genomics read Lander’s article, he went ballistic. In a tweet-blast of righteous indignation, Eisen howled that Lander’s piece minimizes Doudna’s contributions to CRISPR and thus (I’m paraphrasing here) serves as a propaganda organ on behalf of the Broad’s claim to the patent rights. “The whole thing is about trying to establish Zhang paper as pinnacle of CRISPR work,” tweeted Eisen. He continued, “it’s a deliberate effort to undermine Doudna and Charpentier patent claims and prizeworthiness.” It is, he believes, “science propaganda at its most repellent.” “Eric Lander and @broadinstitute should be ashamed of themselves.”

Others have joined in to express their dismay. At the least, many in the community think, some sort of conflict-of-interest statement should have accompanied Lander’s article. A long thread at PubPeer is devoted to the kerfluffle.

Is Eisen right? I’ll leave analysis of the technical arguments over the relative merits of each group’s contributions to the biologists. What I can do is look at the paper itself. Good writers know how rhetoric can be used to persuade. Does Lander use writing techniques to advance a self-interested version of history?

On first read, Lander’s piece seems eminently fair, even generous. It “aims to fill in [the] backstory” of CRISPR, Lander writes; “the history of ideas and the stories of pioneers—and draw lessons about the remarkable ecosystem underlying scientific discovery.” He traces CRISPR’s origins all the way back to Francisco Mojica, a doctoral student at the University of Alicante, in Spain, in 1989. Mojica discovered a new class of repeating sequence that was present in diverse organisms, suggesting widespread taxonomic importance. These, of course, were the first CRISPR sites—clustered regularly-interspaced short palindromic repeats. By 2000, Mojica had found CRISPR loci in 20 different organisms.

By turning his lens on such unsung heroes, laboring away at universities well beyond the anointed labs of Harvard, MIT, UCSF, Johns Hopkins, and the like, Lander creates the impression of inclusiveness, of the sharing of credit among all the “heroes” of CRISPR.

But when he reaches Doudna and Charpentier’s chapter in the story, the generosity becomes curiously muted. Though Lander maintains his warm, avuncular tone, Doudna and Charpentier enter the story as brave soldiers, working shoulder to shoulder with others on the long journey to practical application of CRISPR. Some subtle techniques create a very definite impression.

For example, Lander narrates Charpentier’s story alongside that of the Lithuanian scientist Virginijus Siksnys. But Siksnys receives top billing. His name appears in the first line of two sections of the paper:

Charpentier’s name, on the other hand, appears at the bottom of a paragraph devoted to a component of the CRISPR-cas9 system called tracrRNA.

Jennifer Doudna is graciously given the epithet “world-renowned,” which may distract our attention from the fact that her first mention is buried in the middle of a paragraph, in the second half of a long sentence, the direct object rather than the subject of the sentence:

Now, enter Feng Zhang and George Church of the Broad Institute. They receive the longest treatment of any actor in the story—a solid page out of nine pages of text. Then Doudna submits a key paper “with assistance from Church.” This and three other “short [ie., minor] papers,” Lander makes sure to note, “were accepted soon after Zhang and Church’s papers were published in early January, 2013.

Lander concludes his saga with words of benevolent wisdom, extolling the “ecology” of science that produces profound discoveries. History provides optimistic lessons about the idealistic world of pure science, carried out purely for the sake of furthering knowledge. One can almost see Lander dabbing away tears of joy as he writes,

The human stories behind scientific advances can teach us a lot about the miraculous ecosystem that drives biomedical progress—about the roles of serendipity and planning, of pure curiosity and practical application, of hypothesis-free and hypothesis-driven science, of individuals and teams, and of fresh perspectives and deep expertise.

I think Eisen has a point, therefore, in reading the paper as a crafty effort to establish Zhang and Church as the scientists who brought the relay race to the finish line—and to portray their principal competitors for patents and prizes, Doudna and Charpentier, as merely two in a long string of runners.

I’m glad to see other scientists, such as Mojica, receive credit in a major CRISPR narrative. Too often the early players and the scientists at lesser-known universities become lost to history altogether. But we should also recognize how Lander uses those actors to create a crowd in which to bury Doudna and Charpentier. It would have been possible to mention Mojica, Gilles Vergnaud, and others while still giving Doudna and Charpentier their due.

Update 1/19: Both Doudna and Church have said the article contains factual errors. I’ll leave it to the experts to debate the technical details of the science. My argument—stimulated and shaped by Eisen’s tweets—is about the tone and style of the piece. Lander is a public-relations master. He’s a compelling speaker and a sophisticated writer. He’s a giant in the field: he has been a leader in the genome community since early days of the human genome project. He knows exactly what he’s doing.

A Nobel can be split at most three ways, and there are four principal actors. How will the prize be partitioned? Doudna, Charpentier, and Zhang? Doudna, Charpentier, and Mojica? Zhang, Church, and Lander? I have witnessed the steady PR campaigns of scientists who went on to win Nobels. The Prize is supposed to be wholly merit-based, but, we being humans, reputation and economics matter.

Update: One should also note the gender dynamics of the story. However conscious or unconscious it may be, efforts such as this underscore the often-subtle ways in which “history by the winners” still tends to end up being “history by the men.” Only way that stops is by saying it out loud. Tip o’ the pin to Anne Fausto-Sterling and Alondra Nelson for nudging me on this.

At its best, science is a model of human interaction: cooperative, open, focused on evidence and reason, unbiased by prejudice of ethnicity, gender, sexuality, or disability. But science is no longer done in monasteries. Competition, pride, ego, greed, and politics play all too great a role in determining who gets credit, who wins the prizes, and who gets into the textbooks. As Butterfield recognized, controlling the history is both a perk of coming out on top and, while the battle still rages, a way to cement your team’s role in the crystallizing master narrative.

When a scientific history promises an account of “heroes,” when it is filled with sentimental language “miraculous ecosystem” of “pure curiosity and practical application,” and when that history is written by an individual who has much to gain by the acceptance of his own account, the piece should come with a conflict-of-interest statement—or at least a road-sign reading, “Danger! Whig history ahead.”

PS: See also Dominic Berry’s take on the Lander article, also drawing on the history of science but framing it in terms of intellectual property, here: http://blogs.sps.ed.ac.uk/engineering-life/2016/01/18/crispr-in-the-history-of-science-and-intellectual-property/

20 thoughts on “A Whig History of CRISPR”