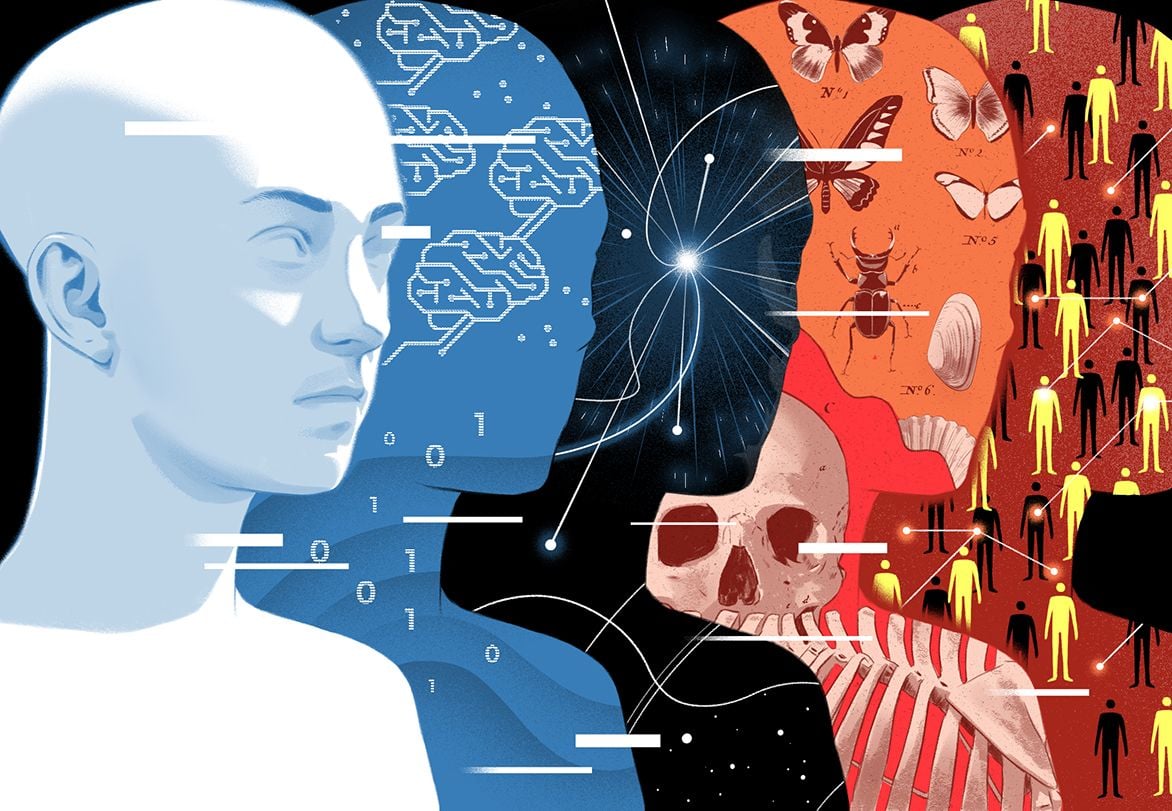 In today’s New York Times, columnist David Brooks writes about the innate capacities for good and evil. Criticizing what he considers the prevailing worldview today, he writes that we believe that nature is fundamentally good, and hence, so we believe, are people. The Hitlers, the Idi Amins of this world are fundamentally warped. “This worldview,” he writes, “gives us an easy conscience, because we don’t have to contemplate the evil in ourselves. But when somebody who seems mostly good does something completely awful”–such as Robert Bales‘s recent massacre of 16 Afghan civilians, including children–“we’re rendered mute or confused.”

Brooks prefers an older view, in which humans are believed to be a mixture of good and evil. Thus, everyone possesses in some measure the capacity for atrocity. We should be concerned and shocked when such actions are committed, but not surprised. So far, I’m with him. I agree about the “easy conscience” that comes with the lack of hard introspection.

But Brooks then makes his argument biological. He cites the University of Texas evolutionary psychologist David Buss in support of his view. Buss studies human behavior such as jealousy, violence, and mating strategies in the context of Darwinism and especially sex differences. He is thus part of a long tradition of psychologists who seek to explain sexual and antisocial behavior in naturalistic terms, stretching back through Edward O. Wilson‘s sociobiology in the 1970s (here is the famous “Chapter 27” from his textbook, which defined the field) and 1980s, to Progressive-era researchers such as the feeblemindedness expert Henry Goddard, the founder of eugenics Francis Galton, and the Italian criminologist Cesare Lombroso. Such work inevitably sparks controversy because it claims that antisocial behavior is innate and therefore genetic.

Genetic determinism is often associated with a conservative and punitive worldview. If violent tendencies are inborn, there is little we can do about them. Those who display them must be locked up, so that the law-abiding can get on with their lives. Genetic determinism tends to ignore the environmental causes of violence, such as poverty and oppression. Historically, it has tended to align with the preference for criminalization over medicalization of antisocial behavior. That, however, may be changing. Perhaps it is possible to “cure” such behavior by tweaking our genes.

In “The Murderer Next Door: Why the Mind is Designed to Kill,” Buss argues that murderous tendencies have been selected for in evolution. By definition, that which can be selected for has not only a basis in our physical bodies, but therefore a basis in our genes. A necessary implication of this view, then, is that there are certain forms of certain genes that predispose us to violence. Buss’s work is the evil twin of works such as Matt Ridley’s The Origins of Virtue. Although the eugenics of the 1910s–1930s is easily mocked for its simplistic biologically determinist analyses of complex behaviors, now we have more complex biologically determinist analyses of complex behaviors. The problems raised by both are essentially the same.

If there are genes for good and evil, then we can find them. Genome-wide association studies are certainly capable of finding correlations between murder and certain passages in our DNA text. I believe they can find correlations between DNA and almost anything. It is only a matter of time before the “genes for” heinous acts such as Bales’s are found.

I believe those genes exist. There is no rational reason to doubt it. The problem is that the finding may well be meaningless. Something like criminal behavior is so complex that it will turn out to be influenced by hundreds if not thousands of genes. Those genes will interact in complex ways, both with each other and with the environment—and those interactions will themselves depend on other genes and other environmental factors. Finding genes associated with violence would be like finding a handful of sand and claiming that a cause of surfing has been discovered. Well yes, but so what?

Historically, finding that violence is “in the genes” has reinforced punitive models of behavior modification. “Innate” has equaled “immutable.” But biomedical research is moving rapidly toward being able to change the genes. In principle, the controlled environment of the laboratory is much more conducive to engineering than the messy world of populations, culture, and economics. Someday, we may wish for a trait to be found to be strongly heritable, for then it will be easy to alter–the way infectious diseases such as tuberculosis, which once were a death sentence, are now in the age of antibiotics easily treatable. In such a world, the ultimate arbiter of social behavior shifts from the justice system to the biomedical system.

Such a biomedical Brave New World would have enormous implications. I don’t see that we have begun to address the consequences of such a shift.