Angelina Jolie’s announcement that she had had a prophylactic double mastectomy prompted a thoughtful piece on NPR today. In it, Todd Tuttle, chief of surgical oncology at the University of Minnesota, discussed the motivations underlying such decisions. The number of women choosing this extreme form of preventive medicine has risen dramatically in recent years and is also much higher in the US than in Europe, although women there have the same access to surgery and reconstruction.

One cause, he said, was that women tend to greatly exaggerate their breast cancer risk when extrapolating from genetics or family history. Why is this? The NPR piece suggests that “the ubiquitous pink-ribbon campaigns may be fueling the rise in mastectomies.” We’d like to see the evidence, but it’s a profoundly ironic notion:

Could the campaign to “Save the Ta-Tas” in fact be reducing their numbers?

In an age of super-sensitive, ever more powerful diagnostics and a culture that favors preventive medicine, it becomes increasingly important for people to actually understand abstract concepts such as risk and probability. 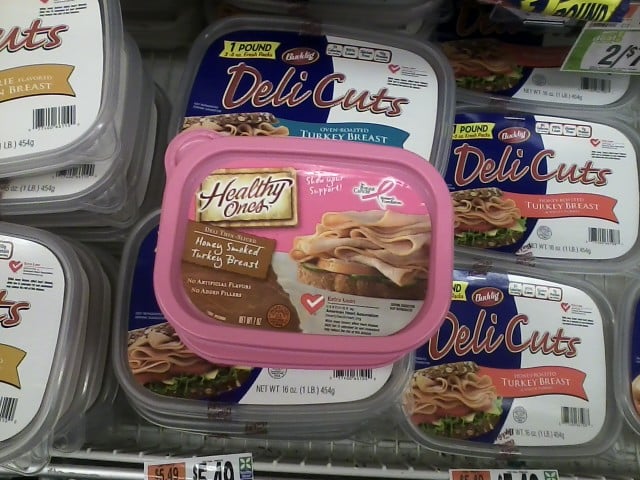 Continuing our tour-de-pink of the meat and dairy aisles, we have this delicious entry: